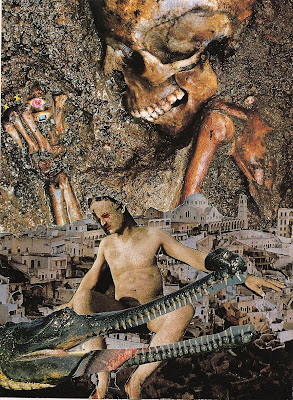 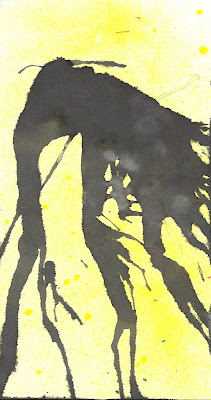 Another Thing by Manuel, age 8 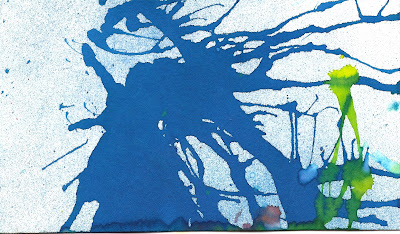 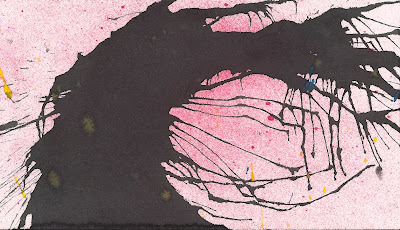 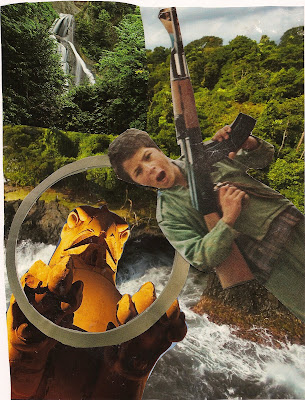 The King who Lost his Crown by San, age 9 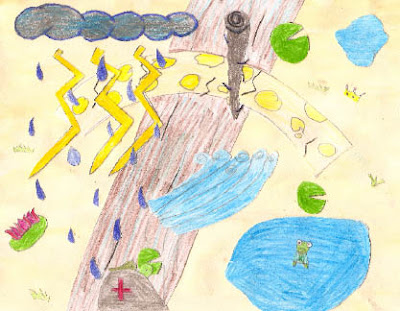 Rain came down from the sky and then thunder and then lightning. It was so bad that when the lightning stopped, for a few seconds a giant, dusty tornado swirled through the sky. The tornado was so windy that it blew away the King Frog’s crown! The river flooded the town. All of the tadpoles in the river were shocked. The tadpoles said, “Oh, we think we’re going to die!” The tadpoles wanted to be safe so they hid under a safety rock. The tornado blew away the lily pads and made the waves of the river grow huge! The tornado stopped. Frog's house under the bridge was ruined when the bridge crashed down into the river, tearing and blowing away the lily pads and lotuses. Only a little bit of water was left in the river.

Froggy the Builder looked at King Frog and said, "Why are you still mad?"

Frog said, "Because I was suppose to be the king of this river but I lost my crown."

Froggy the Builder said, "Too bad, too sad, are you unglad?"

Froggy the Builder left the river. King Frog had an IDEA! King Frog reported the crown he had lost to a TV news program. He called a TV news reporter named Maggy. Maggy showed up to do the interview at Froggy's house with a cameraman.
Maggy said, “In 5, 4, 3, 2, 1, 0 and action!! The cameraman pressed the button play.

“What is your name sir?”

“I’m a king of the river and my name is King Frog. I lost my crown in a windy tornado.”

Maggy said, "How are you feeling?"

Soon other river creatures heard the news of King Frog's lost crown so they made a lot of copies of pictures of the crown. They stapled them where there was no water.

One day a bad guy saw one of the pictures of the crown. The bad guy wanted the crown because it sparkled and shined. He wore a black mask, black jacket, black shirt, black pants, black thick gloves and black shoes. A thick bumpy mask covered his face.

The flyer said, "KING'S CROWN MISSING." The bad guy looked at the word “KING.” He thought that if he wore the king’s crown he would turn into a rich king! The bad guy went everywhere to find the crown. A few seconds later, he heard something tinkling and he saw something shining on the ground. The bad guy went closer and closer and then he really did find the crown! But before he could reach it, a cop came and said, "Hey! You go in the cop car right now."

The cop said, "No buts allowed."

The bad guy hopped into the cop car sadly. The cop’s partner took the crown.

King Frog could not sleep that night. He turned sad, mad, madder then FURIOUS. He shouted out, "WHERE IS MY CROWNNNN?"

The tadpoles swam up the river to talk to the King.


The tadpoles said," WHY DID YOU SCREAM SO LOOUDDDD?"
The king said, "You don’t dare talk to me like that!!!"

All the river creatures kept on arguing and arguing. When the cop heard the noise, he handed the crown to the king and said, "Is this your crown?"

The king said, "YES! YES! That is my crown!!!" Frog took his crown and swam down stairs that led him to a ballroom then he danced.

Hi! My name is San and I live with my mom and dad in San Francisco. I like to swim at Presidio YMCA. I am good at drawing. My friends are good at field hockey so I want to be better too. I want to be an artist when I grow up. I can’t swim and play kickball really good like other kids. If I were a planet, I would be Mars because I like its color. My wish is to swim all day!! The King Who Lost His Crown is my first published book.
Posted by ... at 11:44 AM No comments:

When I Came to America by Betty, age 8 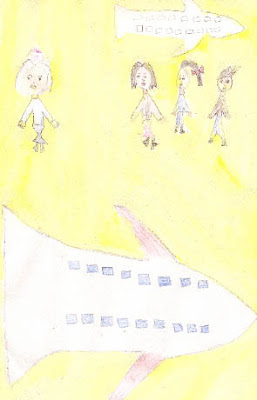 Before I got to San Francisco, I thought about the TransAmerica Pyramid. My aunt told me it is one of the tallest buildings, and on top there is a triangle.

I came here with my mom and dad. When I first arrived in America, I felt happy because when I was in China, I always wished to come to San Francisco so I could learn English and more math and stop taking naps at school.

I didn’t know that my family was moving to America until we were on the airplane. Then I asked my mom, “Why are we on this airplane?” I think my mom thought I was too young to understand or I might have gotten angry at her for moving us to America. When she told me, I was angry and a little miserable because I couldn’t see my grandma and grandpa anymore. I asked my mom, “Why didn’t you tell me at home?” She told me she forgot because she was too busy packing clothes.

Hi! My name is Betty. I am eight years old. I live in San Francisco with my parents, my grandparents, and my aunt and uncle and cousins. I’m good at math. I want to be good at writing and reading someday. I don’t want to grow up because I don’t want to die. I am special because one of my knees is smaller than the other. I just moved to San Francisco from China when I was six. It confuses me when I lose my Chinese. If I were a food, I would be a watermelon because watermelons are summer fruits. My hope is that my parents and I will have a long, healthy life.
Posted by ... at 7:04 PM No comments: 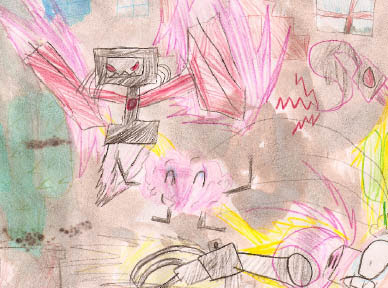 Pigger lost his brain. Pigger wanted his brain back. He couldn’t think or learn, and he was not smart. It all started when Pigger did an experiment that made brains go away. His plan was to use his invention on other people because he was a misanthrope. He put spiders, broken glass, and a pair of scissors into a cup and heated them up so they turned to liquid. He was about to put the liquid mixture in his water gun, but he tripped on his bumpy floor and the mixture fell on his head and melted his skull off. His brain ran away.

His brain looked liked a chewed up piece of pink gum with legs and arms. It threw a cactus at Pigger’s head. The brain flew with a jetpack to Pigger’s house. It broke the TV’s glass and metal parts. It took out the electricity. The brain was so smart that it made a thousand robots out of the broken metal and electricity. The robots punched Pigger in his face. The brain and the robot made their escape. Pigger saw them flying to the desert. (He saw them with his Super Sonic Eye.) Pigger followed them in his jet. The brain pressed a button on one of the robots. Then lasers came out of its chest. The lasers hit Pigger’s jet. It fell down.

Then one of the robots stomped on Pigger. SMASH!!!

Pigger heard sirens. A police car rolled up next to him. One of the cops said, “Come with us.”

“I didn’t make those robots,” Pigger said. “My brain did!”

“That will get you twenty years of jail time,” the other cop said. He put handcuffs around Pigger’s wrists.

Now the brain was free forever.

Hi, my name is Kenny. I am ten years old. I live in San Francisco with my mom, my dad and my little brother Kevin. I like to play kickball and Capture the Flag. I want to get better at history and reading. I want to be a doctor when I grow up. If I were a machine, I would be a watering robot so I can water all the plants. I hope I’ll go to college. I wish for freedom in the world too and hope there will be no wars. I am also the author of Bumpy’s Day, Bumpy and the Ice Bird, My Mom and The Robot’s Revenge. Tension Time is my fifth published book.
Posted by ... at 2:31 PM No comments: